State-of-the-art & state-from-the-heart, too. Because Cancer cannot be cured by medicine alone.

Tata’s endeavor to strengthen the fabric of India has manifested itself in multiple ways. A crucial component of the Tata idea of nation building was, and remains, the creation and sustaining of exceptional institutions of learning, research, knowledge and intellectual capital

Indian Institute of Science: IISc has produced Nobel laureates, trained many of India’s greatest scientists and helped nurture some of the country’s finest scientific institutions. Housed in a 375-acre campus in Bangalore, this trailblazing institution has 40 departments and centers pursuing R&D and teaching in all departments of science, engineering and technology.

As it strides into the second century of its existence, the Indian Institute of Science has cemented its place in India’s history www.iisc.ernet.in

JRD Tata Ecotechnology Center: The flag bearer of the Ecotechnology Movement in India, JRDTEC is part of the MS Swaminathan Research Foundation, Chennai. Established in 1996, it is devoted to seeding and encouraging sustainable development, one that protects the environment while also benefiting the people who depend on it.

Tata Institute of Fundamental Research: The need to improve India’s scientific temper and strengthen the nation’s science infrastructure were the objectives that drove scientist Homi J Bhabha and JRD Tata, the then Chairman of the Tata Group, to pursue their vision of establishing TIFR in Mumbai back in 1945. www.tifr.res.in

Tata Institute of Social Sciences: Set up in 1936, TISS is a pioneer in the field of social-work education in the Asia-Pacific region. The Institute, which offers Postgraduate and Doctoral programs, has made significant contributions in the domains of social policy and planning, intervention strategies and human resource development. www.tiss.edu

Tata Memorial Hospital: TMC is India’s best-known Cancer Hospital and Research Center. This global center of excellence, where 70 per cent of patients get free primary care, was established in Mumbai in 1941, a time when there were only a handful of such institutions in the world. It has added significantly to its capacity and capabilities since then. tmc.gov.in 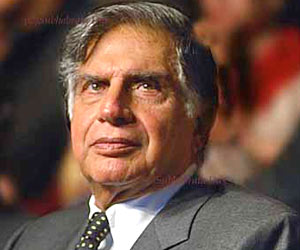 All of us in the TATA Group are the inheritors of a legacy of creating institutions that make a difference to the world we live in. The doctrine of social responsibility as professed by our founder was and will continue to be the central theme of the Tata way of business.